I obtained my eJPT certification from eLearnSecurity

I am pleased to share that I recently passed the eLearnSecurity Junior Penetration Tester certification exam on June 16! 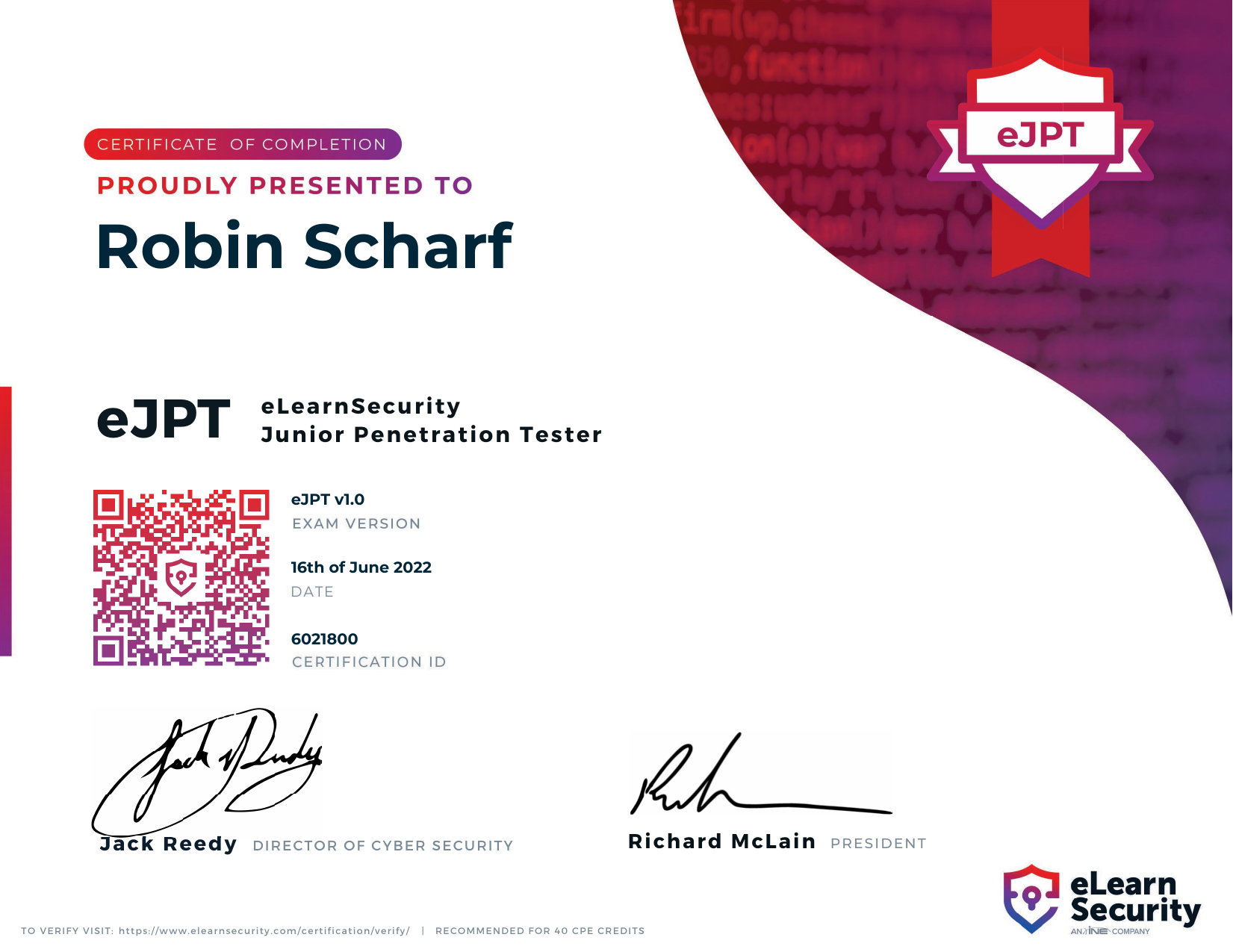 There are thousands of reviews and suggested study guides for the eJPT on the internet. Thus, I will not try to reinvent any wheels with this post.

From my perspective and level of experience, the course material largely fell into four buckets:

I emphasize #4 here, as, previous to my eJPT preparations, I had only engaged with network routing and live host discovery in theoretical/conceptual terms. I have not yet made my way through any of the TryHackMe network-based rooms, such as Wreath or Throwback.

Unfortunately, I wasn’t able to access the preparatory “eJPT Exam Preparation” module (1 of 4 in the course), which, ostensibly, contains opportunities to practice network enumeration. According to this Message from the INE CEO, the company has encountered significant unforseen issues with migrating eLS’ previously VPN-based labs to the browser-based INE teaching platform. While I don’t think this is particularly egregious in and of itself, the timing was certainly unfortunate for me.

In addition to a smattering of reddit posts and similar incidental resources, I found the following guiding materials to be helpful in preparing for my exam:

Note: There is an enormous amount of overlap between each of these resources! Please don’t feel like it is necessary to engage with all of them.

All-in-all, I felt that the INE/eLS course and certification exam was an enjoyable and rewarding process. The exam, particularly, was fun and excellent preliminary preparation for future black-box exam scenarios, from both a methodological and emotional point of view.

With only approximately 3 months of experience in infosec, offensive security, and cybersecurity more broadly, I was able to complete the exam in approximately 9 hours. After approximately 6 hours, I had secured enough points to pass the exam, though I wanted to take the opportunity to use the extensive (compared to what I am used to!) exam network and complete the remaining tasks that involved my weaker subject-areas, such as Windows host exploitation.